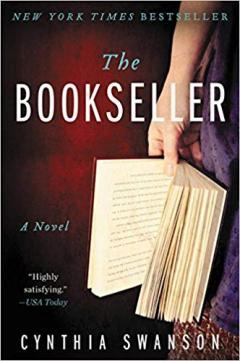 Kitty is somewhat stuck in her life. With her best friend and business partner Frieda, she owns a small bookshop in Denver city. Life is quiet and business is slow. Kitty tries a dating agency and corresponds with a man she finds promising. She speaks with him on the phone and they plan a date but she is devastated when he doesn’t show up. She resigns herself to her predicable settled life. Then she finds out that the man Lars, didn’t actually stand her up at all, he had a heart attack just after the phone call. Then Kitty starts to have dreams in which she seems to be living an alternative life. In it, she hears Lars having the heart attack and gets the ambulance to his house and saves him.

Back in the bookshop all is plodding along normally, but these dreams start to include Lars, Kathryn (as she finds she is called in the dreams) and 3 children they seem to have, and they seem to live in a lovely house at the other side of the city. Kitty initially dismisses these dreams, when waking to resume her life in the bookshop with her friend Frieda. However as the dreams become more vivid, and people from her original life begin to appear in the dreams, she worries if it’s more than an overactive imagination or repressed desires.

The book reads alternate chapters, one as Kitty in the original life and the other as Kathryn in the new life.

Kitty clings to her “real” life, tells friends and her parents etc about her dreams and concerns regarding them, Her other life feels so scary yet so much what she had always wanted and so perfect. Then it happens there are difficulties with this new life one of the children has a disability and this brings challenges with it in 1960s Denver. It means Kathryn has had to give up working in the bookstore and in her dream life, she falls out with Frieda.

Yet, as she book progresses it becomes unclear which is the real life. Then, as it becomes clear which life is real, Kathryn or Kitty has to say goodbye to the other life, including things and people which were central to her.

There is sadness in this book but it is also full of hope. It is very human and stretches the reader gradually so that the reader is prepared for each new development as it is revealed.

The moral of this story is to appreciate what you have but also to go with the flow. It shows the passage of time and the progress of life and the joys and disappointments this brings. It also shows that time and circumstances can bring great change to anyone, even when this seems impossible, so there is more hope here - a very thought-provoking and enjoyable book.

Staff Pick By
Caitriona
Was this information useful?