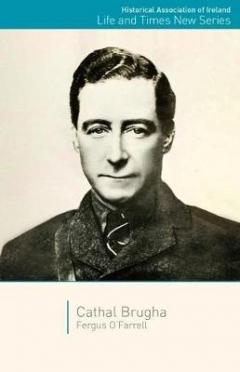 A short book from the Life and Times series. Surprisingly, for such a prominent figure in Irish history, this appears to be the first English language biography of Brugha so it's long overdue.

A very good summary of his role from before 1916 to his death during the Civil War, it successfully argues that Brugha was not simply the violent hardline republican character we've been presented with down through the years. Certainly, he was brave, fearless, courageous in battle, and one might say almost reckless - and he carried some serious injuries from 1916 until his death. But he also had an interest in the political side of things too which has been brushed over in history, and I was surprised to read that those republicans which took over the Four Courts may not have considered him hardline enough. The difficult relationship he had with Michael Collins is discussed, and it appears far more complex than the general view that Brugha was jealous of Collins' fame. Brugha, in fact, shunned the limelight. On the downside, his personal life is brushed over in this book and we learn almost nothing about his family life, wife or children. But as mentioned, it's part of a series of short books which focus mostly on the key periods of the subject's life. A quick but quite informative read.