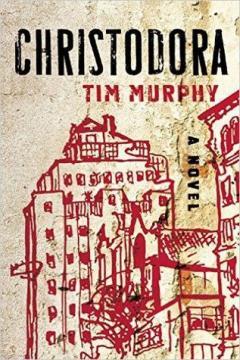 Lately I’ve been pushing this book on all and sundry, though when I explain what it’s about (a fictionalised account of AIDS activism and the East Village drug scene in the 1980s) people look at me as if I’m stone mad. My reaction to it being chosen by my book club in December (to read over Christmas!) was I’ll give the first few chapters a go and then quietly swap it for Marian Keyes’ latest and say I lost it or something. But, not sure why, I found I couldn’t quite tear myself away.

To be sure the story of the activists who fought to make the authorities take AIDS seriously, many of whom ultimately died from the disease or lost loved ones to it, sounds less than enthralling. Add a sprawling cast of disparate characters and a shifting timeline that lurches back and forth over four decades and I’d have to describe this book as something of a hot mess. But if you can summon up the patience to navigate the jumbled chronology and expository passages (necessary but slightly irritating) of the first part of the book, you will be rewarded.

This is partly due to Murphy’s skills as a writer and his deep knowledge of the subject (he’s a journalist who has written extensively about HIV/AIDS and has had brushes with mental illness and addiction). One of the characters, Ava, suffers from Bi-polar disorder, and there is a terrific passage early on where she appears to be having a wonderfully successful day at her job in the New York City Department of Health, until you realise you’re being carried along with her on a manic episode. Equally Murphy provides some Eureka moments through his descriptions of drug-taking, so visceral are they – you think Ah, so that’s why people do heroin or crystal meth, or whatever – without ever glamorising them.

But for me it’s the AIDS story itself that makes Christodora an extraordinary book. How soon we forget – it was probably the same when they found a cure for Polio - once the menace is gone people don’t want to be reminded of it. But in the 1980s AIDS was the bogeyman, and rumours of how it spread were almost the stuff of mythology - fear was rife that someone might spit in your mouth or bleed on you and infect you, and celebrities seemed to be dropping like flies. Amazing, then, that in less than 2 decades this killer epidemic was brought under control thanks to the efforts of this raggle-taggle group of un-sung heroes - which puts into stark relief the many characters in the book and in real life who just missed out on receiving the combined drug therapy that would have saved their life.

By the way, I did also read and enjoy The Break – more on that another time!