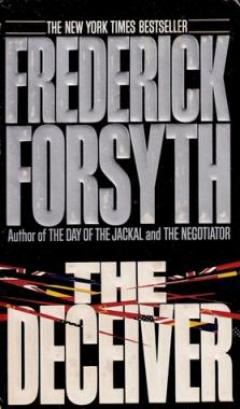 It is 1990 and the Cold War has just ended dramatically with the fall of the Berlin Wall and the collapse the Communist Warsaw pact regimes. Veteran spy Sam Macready who has for decades operated a network of spies and taken part in high risk missions behind the Iron Curtain finds himself in front of a board stacked with his bureaucratic superiors who will decide if his special skills are still required. His loyal and naive deputy tries to persuade them otherwise by presenting four of Macready's most successful Cold War operations..

When high ranking Russian officer agrees to pass classified military secrets Macready recruits an old friend in the West German intelligence service to meet with him in the Communist East. Unfortunately Macready's friend is involved in a homicide in the West before falling foul of the East German police after a traffic accident..

A Russian Colonel defects during a joint military exercise in the UK before he is interrogated by the CIA. He suggests that a high ranking American intelligence officer has been a traitor for years. Macready is suspicious and is determined to discover the truth before damage is done...

Macready learns that the Provisional IRA are planning a major arms importation from Libya during the Troubles. He recruits an ex SAS soldier turned novelist to pretend he is doing research for a novel while infiltrating the arms dealing underworld but he finds himself falling for a beautiful woman..

Macready investigates when the governor of a British ruled island in the Caribbean is shot and killed. The island is moving towards independence with drug trafficking criminals and Marxists competing for power..

Forsyths four yarns are thrilling plausible and characterized by his trademark final revelation. A former spy and journalist himself Forysth draws on his own experience of the shadow world of international espionage in another classic in the espionage genre.