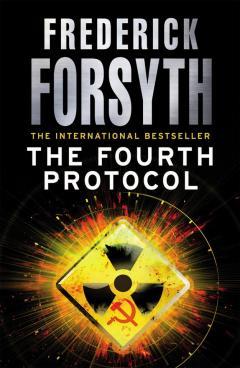 After a robbery at the home of a senior civil servant, a criminal discovers a trove of top secret documents which he returns to the British security services. The civil servant who is an anti-communist has been passing them secretly to an official from apartheid South Africa who is in fact a KGB agent. The traitor is turned by veteran intelligence operative John Preston and his superior Sir John Irvine and forced to feed his contact disinformation.

Meanwhile a plan is hatched by the Soviets to detonate a nuclear bomb near a US base in England in order to undermine the NATO alliance. Renegade British traitor Kim Philby tells his Soviet superiors that left wing Labour leader Neil Kinnock would sweep to power on a wave of Anti American sentiment and then could be ousted by a radical left faction who would order US forces out of the UK. A deep cover KGB agent sent to England is sent packages containing components of the bomb by couriers from behind the Iron Curtain. When a courier is intercepted by Preston a race against time begins to find the nuclear bomber in time before he can carry out his mission. However not all is as it would seem and can Preston trust Irving who is playing his own game..?

Forsyth’s 1984 Cold War page turning novel immerses the reader in the murky double and triple crosses of the espionage world building up to a thrilling climax with his habitual last minute revelations.