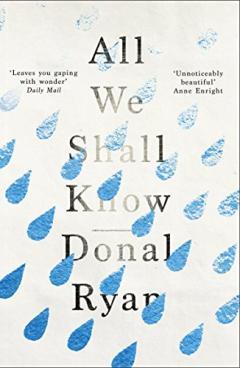 All We Shall Know

Donal Ryan’s third book has been criticised as being unrealistic, over-the-top and promoting stereotypes in it’s portrayal of the traveller community, and yes it is all those things, as well as having a singularly unsympathetic main character in Melody Shee, an unhappily married woman who is pregnant by her 17 year old literacy student. But I found it to be one of the most satisfactory reads of last year, the language is forceful, brutal at times, but refreshing, like a splash of cold water in the face. Rather than damn it as not being true to life I would class this novel as other-worldly, like a fable or a Shakespearean tragedy. This is all about the story, character is secondary, and the powerful language drives the narrative at a furious pace to its unforeseen (by me anyway) and fittingly dramatic conclusion.