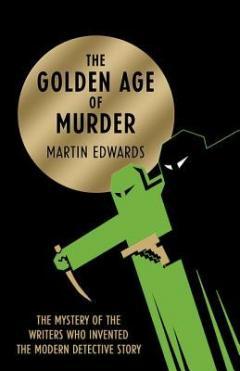 The Golden Age of Murder:

If you love Golden Age crime fiction then you will enjoy this entertaining foray into the early years of the Detection Club, which counted Dorothy L Sayers and Agatha Christie as founding members. The author is not only a crime writer himself, but also the current president of the Detection Club, who has been delving into the annals of the crime writers extraordinaire. Having said that, it transpires that precious early records of the London based club disappeared during World War II (perhaps hardly surprising). Nevertheless, Edwards still has much material and has talked to relatives of former members for personal anecdotes. The descriptions of the club’s elaborate initiation ceremony scripted by Sayers are fascinating (the event included a skull, naturally).

Edwards arguably concentrates too much on the already well-known Christie and Sayers but plenty of other writers get a look in too. And it’s fair to say that I discovered more of Sayers’ life and early career in advertising than I knew before reading this study. As you might guess, I am already a big crime fiction fan, but I certainly discovered a few new names from this book such as Anthony Berkley (also writing as Francis Iles), Clemence Dane, Ianthe Jerrold and Millward Kennedy to name but a few.

This book lends itself to either reading straight though or casually dipping in and out. It has a useful bibliography, pictures of the early club members, facsimile pages from club rules and constitution (1932) and a list of books mentioned in the text. After reading this book, I think I can safely say that I will be scouring the library shelves and second-hand book shops for some time to come!

Staff Pick By
Christine
Was this information useful?