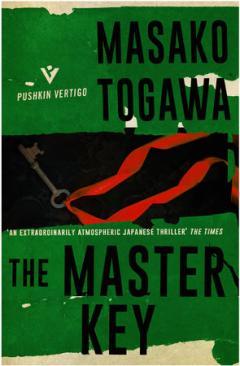 This Japanese crime novel was originally published in 1962, first translated in 1985 and now reprinted in Pushkin Press’ Vertigo imprint. The focus of the story is on a building known as the K apartments for Ladies in Tokyo. It was originally intended as a respectable boarding house for young single working women (shades of Muriel Spark) but time has marched on and many of its inhabitants are now retired and lonely women. Their lives are marked out by routine and ritual. And several of them harbour secrets that are now in danger of being brought out into the open due to the mysterious loss of the Master Key to the apartments. Who has taken the key and why?

We hear the back stories of some of the women and learn the secrets that they wouldn’t want their fellow residents to discover. Life in the apartment building has a sad and claustrophobic air, watched over by the long serving receptionists Katsuko Tojo and Kaneko Tamara who may or may not have secrets of their own. All of this occurs against a background of a (literal) upheaval in the building. Engineers have been excavating the foundations prior to moving the entire building a few feet to facilitate a new road. This prospective feat brings both excitement and apprehension to the watching women. What may lie hidden beneath the building?

This is an unusual and atmospheric mystery novel, definitely not a conventional whodunnit and certainly one to relish for that reason. The Master Key was Masako Togawa’s first novel; she went on to write about thirty novels and was (according to Wikipedia) one of Japan’s most popular mystery writers. I hope to track down more of her translated work in the future.