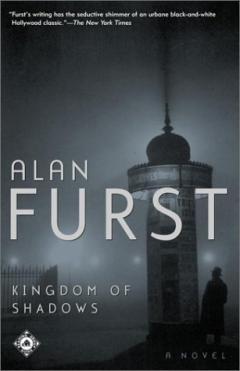 The story is set in Europe in 1938 and 1939. It features the suave Nicholas Morath, an expatriate Hungarian and the co-owner of an advertising agency in Paris. His sumptuous and decadent lifestyle is brought to life in what is tantamount to a homage to pre-war Paris. Following Hitler's annexation of Austria, which signals trouble for Hungary, Morath is summoned to lunch by his uncle, Count Janos Polyani, an official in the Hungarian legation in Paris. Polyani entrusts Morath with a series of missions, which lead him from the Paris expatriate underworld to gloomy pre-war Eastern Europe. Furst excels at building tension and combining very realistic action scenes with an almost lyrical evocation of Morath's and others' private lives. Morath is a particularly sympathetic protagonist and a whole host of other characters are very well realised. If you enjoy this, please check out some of his other especially well written espionage stories.