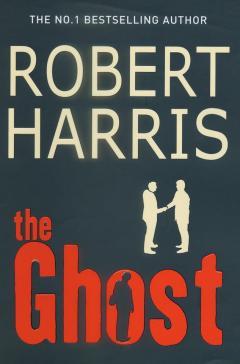 A jaded cynical writer who has tired of ghostwriting the biographies of forgettable celebrities and faded stars leaps at the offer to write the biopic of former UK prime minister Alan Lang. Once popular Lang has left office in disgrace due to war in the Middle East. Holding up in a wintry desolate Martha's Vineyard he awaits an imminent war crimes trial.

The unnamed writer discovers that his predecessor who had not completed his manuscript was found washed ashore on a beach and his untimely death was not natural. He encounters Lang's wife who was the real driving force behind her husband’s meteoric political career. As he digs deeper he soon finds himself in over his head as shadowy forces would prefer that skeletons in Lang’s cupboard remain under lock and key.

A gripping atmospheric page turner made into a movie by Roman Polanski. Harris’s political thriller is a thinly veiled attack on former Labour Prime Minister Tony Blair who supported the Iraq War which Harris, a passionate left wing journalist and writer, bitterly opposed.