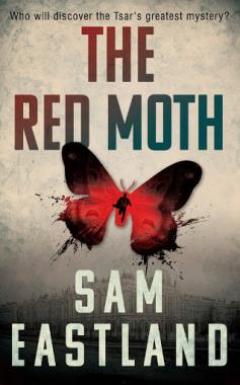 The Red Moth is the fourth book in Sam Eastland's brilliant Inspector Pekkala series. Pekkala is a Finnish soldier who was at one time employed by Tsar Nicholas II as a personal detective. Stalin releases him from a Gulag after nine years when he decides he needs his skills and employs him as his chief investigator. The Red Moth is set in 1941 on the eve of the Battle of Stalingrad. Pekkala is asked to uncover the secret of an apparently ordinary painting of a red moth belonging to a passenger of a crashed German scout plane. As always, Pekkala is ably assisted by his friend and colleague, Major Kirov. The depiction of their friendship and working relationship adds a further layer of depth to the series. Ultimately, Pekkala has to go behind enemy lines to prevent the Nazis stealing a secret and priceless treasure. Eastland is excellent at creating a powerful sense of the chaos of war in the Soviet Union. Pekkala himself is an intriguing character whose ingenuity and intelligence are vital to both his survival and unparalleled ability to solve mysteries and crimes.