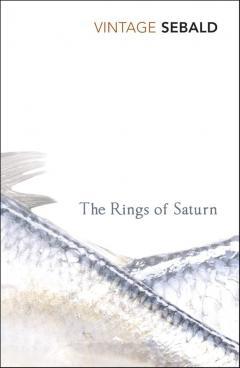 Ostensibly a walking tour through the East Anglia counties of Norfolk and Suffolk, this novel is much more; it is a profound reflection on identity and human mortality in the face of the ravages of time, or the Eternal Present of the 17th century philosopher, Sir Thomas Browne, whose ghostly presence haunts this work. Each chapter represents a leg on the narrator’s journey and his reflections on his location then unwind in unexpected directions, some personal, some historical, but always mediations on the passage of time and how it undoes the work of man. Thus, from the dreary present of the Albion Hotel in Lowestoft, he moves to the town at the height of its prosperity in the late nineteenth century. Or a documentary on Roger Casement leads the narrator to examine the life of the executed 1916 rebel and explore the horrors of colonisation in the Belgian Congo. A more personal reflection returns to a decaying Anglo-Irish mansion in which the narrator stayed as a young man and the unrequited love a daughter of the owner had for him. It is difficult to separate what is ‘fact’ from ‘fiction’ in this book, but delighted by the anecdotes and historical asides the reader moves on anxious to learn more; for example why Thomas Abrahams is obsessed with building a model of the Temple of Jerusalem or what the odd hand in Rembrandt’s The Anatomy Lesson of Dr Nicholas Culp can tell us about the 17th century Netherlands. Unusually throughout the book, Sebald also uses photos and images, the relevance of which to his text is not immediately apparent. For all its apparent sadness this is far from being a depressing book, but one that urges the reader to both confront the tragedies of life and to celebrate its joys and thus to live it more fully.