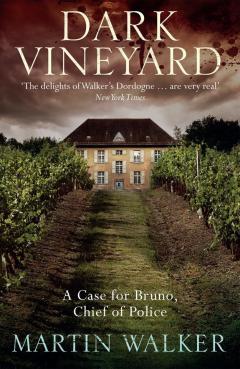 This is the second novel in Walker's very engaging series featuring Bruno Correges, chief of police in a fictional town in the Dordogne. In Dark Vineyard, Bruno has to contend with an arson attack on a barn belonging to an agricultural company experimenting with genetically-modified crops. On top of that, the arrival of an American businessman in the area with a proposal to establish a commercial winery sparks resentment and protests. When two bodies are found, the story becomes very complex and Bruno has to call on all his skill and guile to solve the mounting crime spree. Bruno himself is a very loveable and humane character with a deep love of food and cooking. Living in a restored shepherd's cottage, he spends a great deal of time both preparing and consuming delicious meals. His quest for good wine and truffles is ceaseless. In addition to Bruno, Walker has created an engrossing cast of well drawn characters, with whom Bruno's life intersects. The delightful setting is another highlight of the series with the distinctive French countryside being lovingly brought to life. There is significant character development within the thirteen books in the series to date. However, it's also possible to enjoy each story without reading them in chronological order.