Curated by Colin and Anna Scudds of the Dún Laoghaire Borough Historical Society in association with dlr Local Studies at dlr LexIcon, this important exhibition marks the 200th anniversary of the harbour. The exhibition tells a marvelous tale - full of high drama, colourful personalities, shipwrecks, royal visits, hulk ships and of course the diaspora - thousands of Irish people sought employment and brighter opportunities as they boarded the ferry from Dún Laoghaire, and for many it was to be their last glimpse of Ireland. The harbour is the dominant feature in the life of this town and it takes a leap of the imagination to recall what old Dunleary looked like 200 years ago. The story of how and why the asylum harbor was built in the first place and the history up to the present day can be seen in a clear timeline over three panels of the exhibition. It covers some of the key figures such as Richard Toutcher, John Rennie and the early Harbour Masters, Lieutenant William Hutchison and the Hon. Capt. Francis George Crofton. What were working conditions like for the workers who lived on Dalkey Commons and close to the Harbour? What seafaring tragedies happened over the years? When did the last fog horn sound? This is a vivid and accessible account of the history behind these much-loved piers of Dún Laoghaire Harbour.

Dún Laoghaire Borough Historical Society has been at the heart of Dún Laoghaire since their first meeting in April 1978 – nearly 40 years ago. Their aim has always been to promote and sustain an interest in the culture, heritage and history of Ireland with particular regard to this area. They host monthly meetings and have produced 21 journals to date including the Bicentenary special entitled A Safe Anchorage: Dún Laoghaire/Kingstown Harbour 1817-2017.

This exhibition was funded by Dún Laoghaire-Rathdown County Council through dlr Libraries (Local Studies at dlr LexIcon.).The exhibition was launched on 18th May 2017 by the Cathaoirleach Cllr. Cormac Devlin and remained on display until the end of 2017. Another smaller-sized version of the exhibition toured other dlr Libraries during 2017. The exhibition panels and poster were designed by Olivia Hearne of Concept2Print. 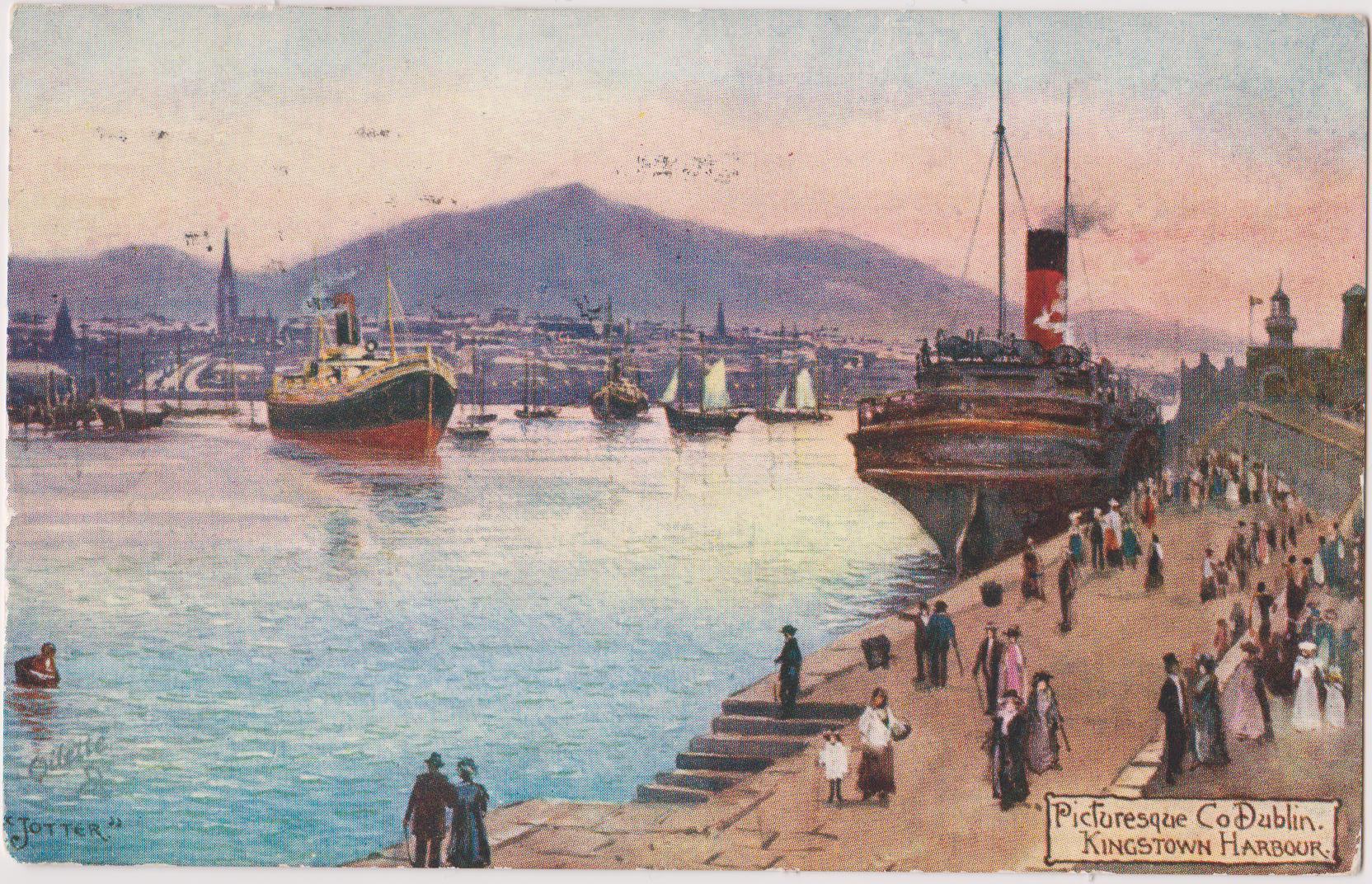 Bicentenary of Dún Laoghaire Harbour
Was this information useful?