In May 2015, dlr LexIcon’s Local Studies Department was contacted by Jeremy Kenny regarding an archive of information containing letters, newspaper cuttings, booklets and photographs relating to the Christ the King sculpture by the much celebrated sculptor Andrew O’Connor (1874-1941), now situated in the grounds of dlr LexIcon. Jeremy’s grandfather, Edward J. Kenny and his father Edmond A. Kenny were instrumental in the preservation and eventual installation of this sculpture at Haigh Terrace in December 1978.  Edward was a solicitor and kept extensive files outlining the gestation and context of the project and these files add a great deal to what was to become an intriguing story of cultural and clerical politics spanning almost half a century from the early 1930s to the late 1970s. It was in Edward’s backyard of his house on Rochestown Avenue that the sculpture was stored for many years due to a stalemate situation regarding its proposed site. dlr LexIcon’s Local Studies staff and colleagues in UCD’s School of History: MA in Archives and Records Management Programme formed a partnership to produce this exhibition and a detailed online version which can be found at http://lexiconexhib.omeka.net

Produced by dlr Libraries in partnership with UCD’s School of History: MA Archives and Records Management, based on an archive donated by the Kenny family. 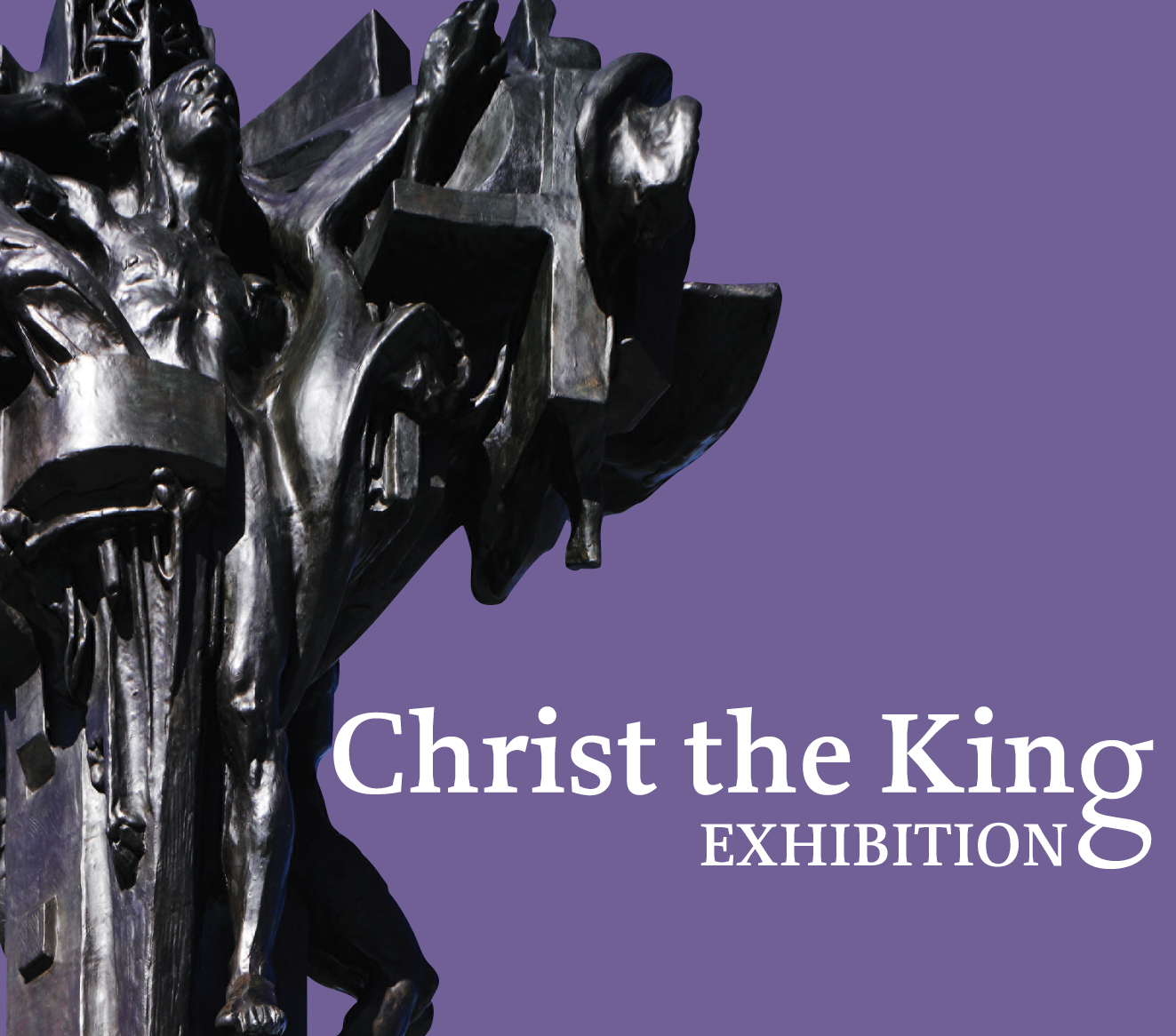 The ambition of dlr Library Service is ‘To connect and empower people, inspire ideas and support community potential’.  Within this context, the mission statement of the Local Studies Plan (2015-19) is as follows: To collect, maintain, preserve and make available material and online resources pertaining to the history and heritage of Dún Laoghaire-Rathdown and to encourage greater public and community awareness and understanding of the County’s rich culture and traditions.’

Local Studies exhibitions serve to highlight the wealth of material to be found through dynamic partnerships with individuals, communities and institutions within Dún Laoghaire-Rathdown.

Christ the King Exhibition
Was this information useful?