This exhibition is based on a diary written by 22 year old Kathleen King (née Murphy) (1893-1978) of Mount Salus Road, Dalkey during the 1916 Rising. It was found recently by her family amongst her collection of photos, letters, playbills and memorabilia. Kathleen moved in the same circles as Thomas and John MacDonagh, Joseph Plunkett, Edward Martyn and Máire Nic Shiubhlaigh and she was a staunch supporter of the cause for Irish independence. She married Dr Edward King in 1918 who went on to become the first Medical Officer appointed by the new Sinn Féin government. Kathleen was a prominent member of An Taisce in the 1950s and became one of Ireland’s leading bryologists.

Produced by dlr Libraries with support from dlr Heritage Office and based on the loan of material from the extended King family in Dalkey. The exhibition is divided into two parts. The Biography consists of 16 panels about Kathleen's life and times. The Diary has 15 panels, reproducing the Diary with text transcribed on each page. An audio podcast of Kathleen King's Diary is available at http://libraries.dlrcoco.ie/online-library/library-podcast. It is read by Kathleen's great grand-daughter, Joanne King. 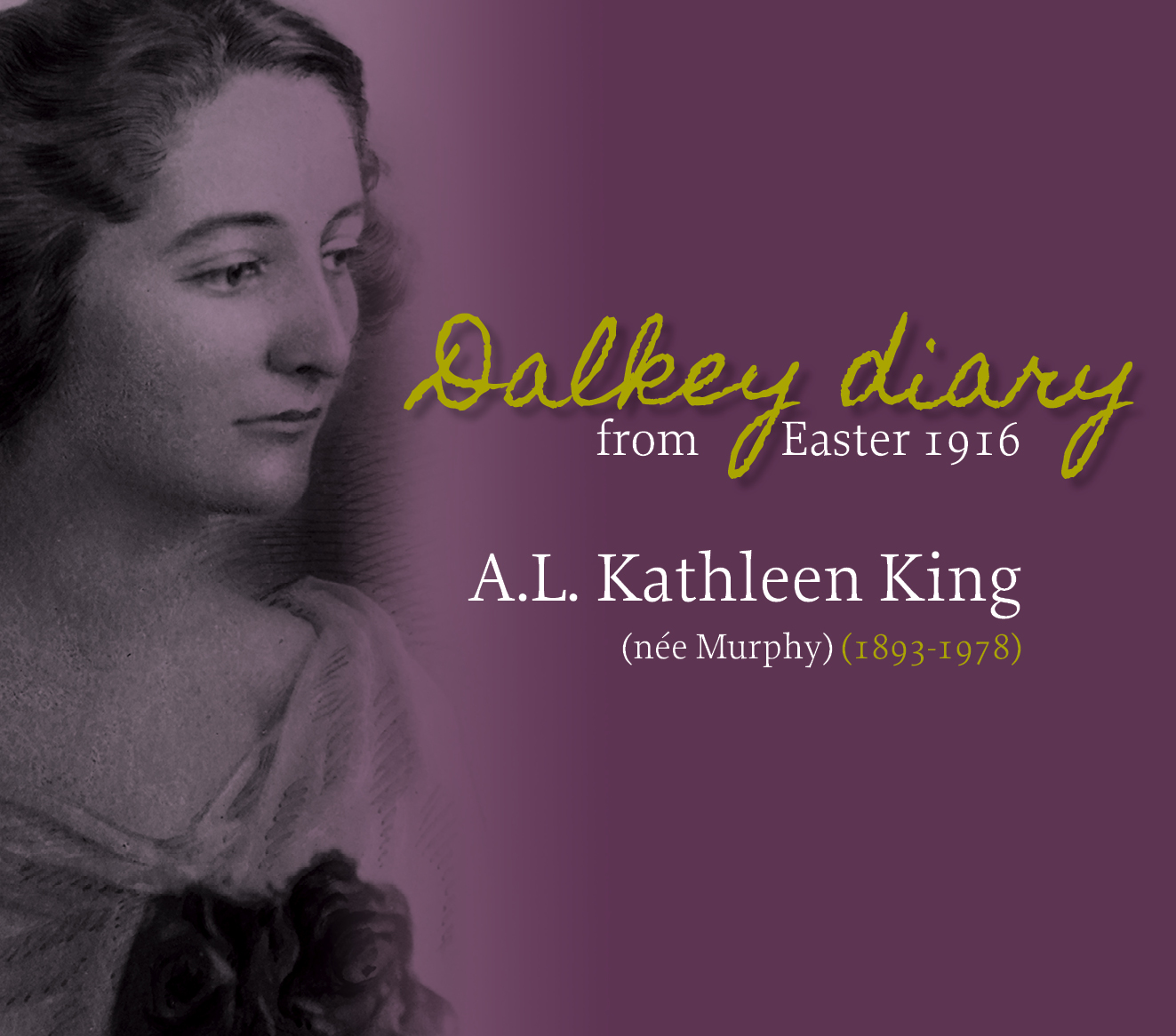