The Pale Project is a writing initiative devised by Selina Guinness, dlr Writer in Residence 2015-16. We all know where we live but we don’t always get the chance to consider what it means to inhabit a place or how it might shape our daily lives, our habits and dreams. Each participant chose an area in the county as their individual ‘pale’, a territory they documented in field notes, sketches, maps and photographs.

The Pale Project was funded by Dún Laoghaire-Rathdown County Council through the Arts Office 2015-2016 Writer in Residence programme, grant aided by The Arts Council. The exhibition, which was launched in November 2016 by Selina Guinness was funded by dlr Libraries and was on display in dlr LexIcon until January 2017 when it travelled to other venues in Dún Laoghaire-Rathdown. With thanks to the Pale Project Committee -  Denise French, Sara Hanley and Pádraig Nolan. Pádraig was also the designer of the exhibition. 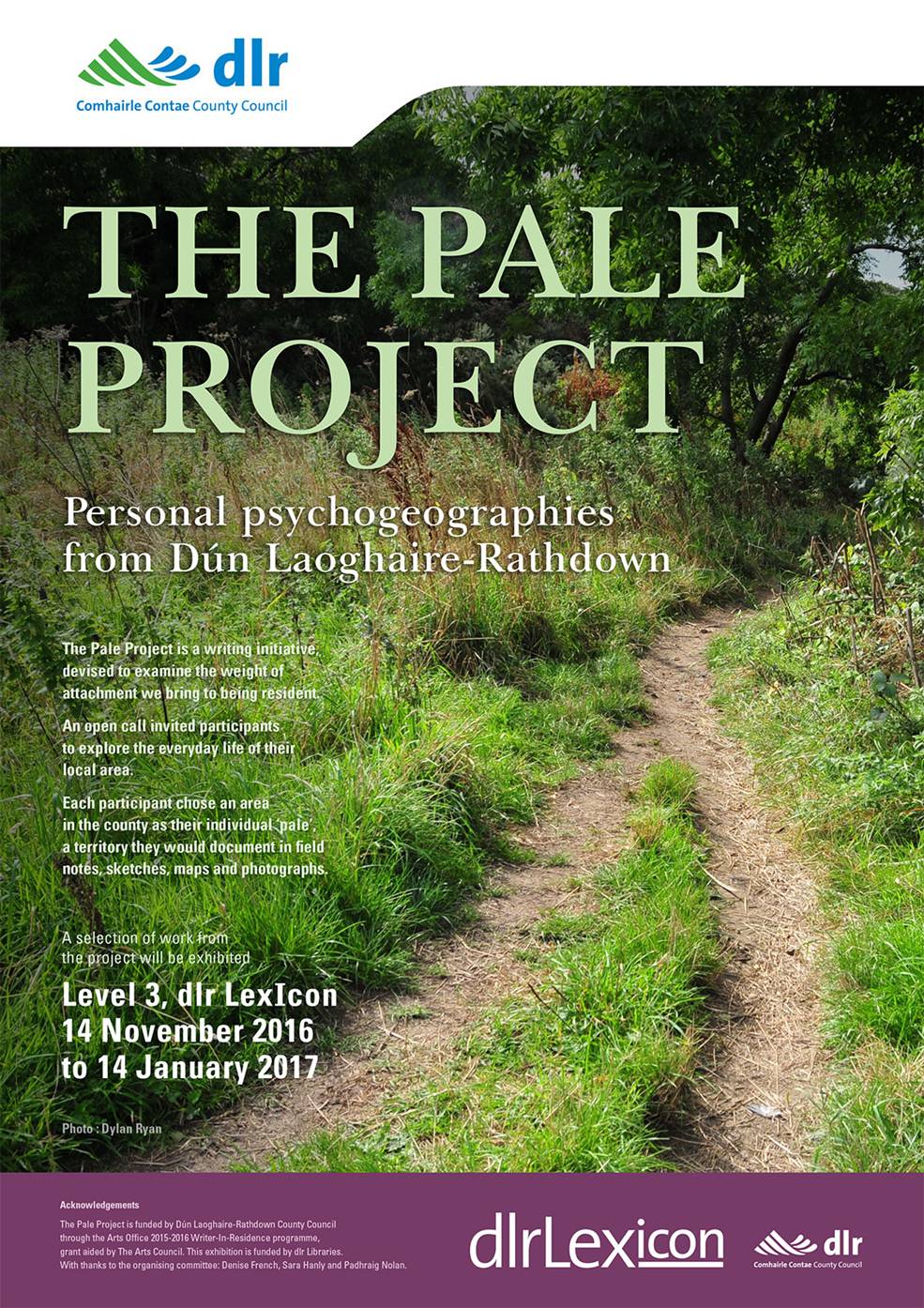 The ambition of dlr Library Service is ‘To connect and empower people, inspire ideas and support community potential’.  Within this context, the mission statement of the Local Studies Plan (2015-19) is as follows: To collect, maintain, preserve and make available material and online resources pertaining to the history and heritage of Dún Laoghaire-Rathdown and to encourage greater public and community awareness and understanding of the County’s rich culture and traditions.’

Local Studies exhibitions serve to highlight the wealth of material to be found through dynamic partnerships with individuals, communities and institutions within Dún Laoghaire-Rathdown.

The Pale Project Exhibition.pdf
Was this information useful?