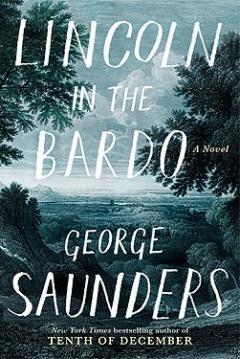 Lincoln in the Bardo

In February 1862 at the height of the American Civil War, Abraham and Mary Todd Lincoln, host a lavish state dinner in the White House. Upstairs in his room, their eleven- year old son, Willie lies ill, supposedly with the flu, but in fact the boy is dying of typhoid. The boy’s death leaves his parents devastated, particularly the president, already worn down by the carnage of the war. Following the funeral, the grief-stricken Lincoln visits the crypt and removes his son’s body from its coffin to hold him one last time. While his father grieves, the spirit of his son now materialises in a strange world, a bardo. Saunders draws on Tibetan Buddhism for this supernatural dimension to his work: a bardo is an indeterminate space between life and death, a space where the consciousness of the deceased wanders before it enters a new human form. In Tibet, a monk or family member would read from the Bardo Thötröl (The Tibetan Book of the Dead), guiding the deceased to the best possible rebirth. When Willie arrives in the bardo, he is greeted by two men, Hans Vollman a deceased middle-aged printer, killed by a falling beam and Roger Bevins III, who committed suicide when he was rejected by the man that he loved. In this strange realm, the deceased are not aware that they are dead. Instead they imagine themselves to be ill, their coffins are “sick boxes” and the cemetery that they can see is not a graveyard, but their “hospital yard.” Yet both Vollman and Bevins are aware that this realm is no place for the young, remembering a young girl Elise Traynor who stayed too long and became trapped there. They hope to persuade young Willie to move on to the next stage, but when his father comes to visit his corpse in the crypt, it gives everyone in the cemetery hope that they can return to their former state with his help. All now crowd around Willie, telling him the tales of their lives. This is a strange, hallucinatory work, as colourful, complex and confusing as the Bardo Thötröl, that in part inspires it. In that work, the untethered consciousness must negotiate numerous spirits and temptations to enter a new human form. Similarly, Willie gets advice from numerous inhabitants of the cemetery insisting that he either remain or go on to the next state. All have stories to tell, of loves lost, crimes committed, lies told, regrets at things undone or said. Personality, accent and social class are convincingly created by Saunders as the dead paradoxically come to life on the page. Alongside his superb characterisation through dialogue, Saunders also sets the scene outside the cemetery, adeptly cutting and pasting quotations from contemporary sources and academic works with others entirely of his own invention. The grief of the Lincolns, father and son, is set against the greater losses of the Civil War, a counterpoint of the domestic against the panorama of history itself. Lincoln in the Bardo is a novel of loss but it is also a novel that celebrates life itself and the fact that death is an integral part of it which must be accepted. In the Tibetan tradition of Buddhism, the bardo concept is often applied to other situations in life itself as an in between place which is potent for possibilities of spiritual growth and thus, the Bardo Thötröl in Tibet has been as much a guide to life as an aid to the deceased negotiating the death realms. Similarly, Lincoln in the Bardo, though at times difficult to read is ultimately a rewarding book that looks at life and death, urging us to live it more fully with compassion both for ourselves and others. Few books in the last twenty years have had the courage to plumb the depths of human experience of loss so deeply or beautifully.