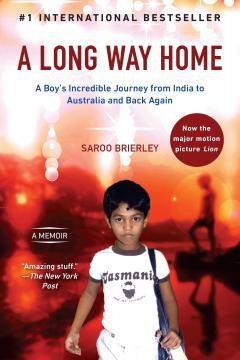 This is an amazing true story of Saroo’s efforts to find his family after becoming lost, when 5 years old, by accidentally getting on a train in India and travelling hundreds of miles from home. Saroo was from a poor family and didn’t know his towns name or even his own last name so when authorities were unable to locate his family he was placed in an orphanage and then adopted to a family in Tasmania. It wasn’t until Google Earth’s Satellite images became available that he was able to use what little memories he had of his home to try and trace his way back home.
This story has also been made into a movie, Lion, starring Dev Patel as Saroo, which is also well worth watching.

Staff Pick By
Pia
Was this information useful?