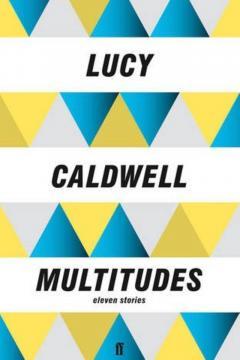 As a reader who really enjoys short stories I was excited to sink into this 11 story collection by Lucy Caldwell titled "Multitudes". This collection focuses largely on childhood and adolescence in the backdrop of Belfast. Caldwell writes with such candor about issues that we've all faced in our adolescence years. She paints such a realistic perception of how spiteful adolescents can be, and how elements of our childhood become inescapable in adulthood.

In "Poison", the narrator sees, years later, a teacher who caused a scandal at her school. "Killing Time" presents a sudden impulsive suicide attempt; the narrator of "Chasing" moves back to their childhood home after not doing well in college. "Here We Are" details a hidden relationship between two girls while in secondary school and how their forced breakup goes on to affect their later lives. Lucy Caldwell has a way with words - the beautifully written stories evoke the awkwardness; the excitement; the guilt; the fear of being young.

Thought-provoking and refreshing, Caldwell's collection is one which I cannot recommend highly enough, and I am now on the hunt for the rest of Caldwell's books so that I can become absorbed within her writing once more.

Staff Pick By
Shelby
Was this information useful?