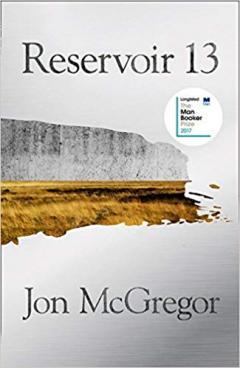 When I finished this book my immediate thought was; “Wow, what a brilliant writer this McGregor is”, followed quickly by “How can I track him down to strangle him?” I can’t elaborate too much on the latter for fear of spoilers, so I’ll concentrate on the former.

This novel is so cleverly written and genre-defying that it takes a while to figure out what it is you’re actually reading. It starts with the residents of a village in the Peak District gathering on New Year’s Day to search for a missing 13-year old girl. Right up my alley, I thought, as I love a good mystery. It felt like I was chapters in before I realised this was no formulaic suspense novel, but something fresh and unique, a book I would probably never have come to myself, had it not been chosen by my book club for June.

In fact I was only pages in at that point – the reason it felt like more is the density of the writing. McGregor introduces all his characters (the afore-mentioned villagers) within the first few pages, using no more than a sentence or two for each, interspersed with descriptions of the landscape and wildlife around them. This is a bit disorientating at first, and in the hands of a lesser writer would cause many to give up in exasperation. But I adapted surprisingly quickly to the abruptly shifting point of view – one minute you’re in the head of Jones the caretaker, or Jane the vicar, the next you’re up close and intimate with a pair of foxes mating. Instead of this having a jarring effect it creates a rhythm that perfectly conveys the cyclical nature of the changing seasons, as year after year the anniversary of the girl’s disappearance comes and goes.

As a reader you feel quite omnipotent, as if you’re above the village with a flashlight that you can shine down to illuminate any inhabitant at will. Again this has the opposite effect to what you’d expect – instead of distancing you from the characters, you’re drawn to them, interested in their goings-on, curious to know what will happen next. Actually a more accurate analogy might be that of watching an old-fashioned soap opera (before they became dominated by serial- killer plots), in which time passes, people get married, divorced, give birth, get old, die (and very occasionally disappear off the face of the earth) and the world keeps turning.

There’s not a bum note anywhere in this novel, description and dialogue ring effortlessly true. I began by marking lines I wanted to remember and quickly gave up because I’d have destroyed the whole book. I have to confess I’ve been known to skip over-blown descriptive passages when rushing to finish a book (or when I find them boring) – I didn’t miss a word here. This got a rare book club mark of 9+ out of 10 from me.