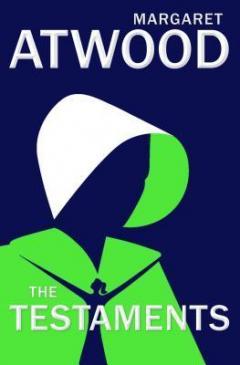 In these uncertain times, few stories strike as poignant a chord as Margaret Atwood's feminist masterpiece “The Handmaid's Tale”. Since it's publication in 1985 this story of one woman's enslavement as a human broodmare in an intensely fundamentalist regime has spawned a film and an Emmy award winning tv series. Last year, in the sequel “The Testaments”, Atwood took us back to Gilead, a country whose concept is as worryingly relevant today as it was thirty-five years ago.

The narrative has switched from the Handmaid's Tale's Offred to three new characters, each offering a different perspective on the stiflingly patriarchal society.

Witness 369A or Agnes' early memories paint a picture of what it's like for a girl to grow up in Gilead. As daughter of a Commander and his Wife her life is limited to two goals; marriage and ideally motherhood. At first she seems accepting if not content with what is expected from her, though as the story progresses she chafes more and more against the harsh social restrictions. Her mother Tabitha clearly loves her but even that relationship is tinged with doubts. A sugary sweet fairytale her mother tells her will ring disturbing bells for readers of the previous book.

Contrasting Agnes is Witness 369B, also know as Daisy. On the surface a typical Canadian teenager, she provides an outsider's view of Gilead. Having studied the country in school, her opinion on the society is not complimentary and she is inspired to attend an anti-Gilead protest. Her parents' adamant opposition to this hints at a secret connection to the country. A connection which is abruptly revealed amidst a tragic event which thrusts her into the heart of the Gilead conflict.

The most insightful perspective on Gilead comes from our third narrator, one of the nation's founders. Fans of the TV series will instantly recognise Aunt Lydia, though the literary and screen characters diverge significantly. We're privy to her reminiscences on her role in the development of the handmaid system as well as the more recent Gilead missionary group known as the Pearl Girls. Her musings reveal an inner self which jars sharply with her public persona as upholder of Gilead's values.

The three voices allow for an in-depth exploration of Atwood's all too plausible world, a deeply uncomfortable experience at times. However the horror of the setting serves to highlight the various glimpses of decency spread out through the novel, from Agnes' determination to find the real name of a handmaid who dies in childbirth to the ongoing efforts of the Mayday organisation and their “underground female road”. These incidents leave the reader with a feeling that even in the most miserable of dystopias hope can never be entirely snuffed out.

Staff Pick By
Éanna
Was this information useful?