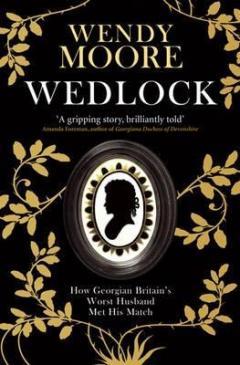 Subtitled “How Georgian Britain’s Worst Husband Met His Match” this is the jaw-dropping true story of the marriage between Irish adventurer, Andrew Robinson Stoney (whose dubious legacy to posterity is the expression “stoney broke”) and the “richest heiress in Britain”, Mary Eleanor Bowes (great-great-great-great-grandmother of the Queen). To say Stoney was a bad husband is the understatement, certainly of this century, if not his own. An accomplished fortune hunter and ingenious schemer, he had already seen one rich wife into an early grave before he duped the Earl of Strathmore’s widow, heiress to the Bowes coal-mining fortune, into marrying him. This he did by staging a fake duel in her honour and then proposing to her from his “death bed”. Mary already had a fiancé by whom she was pregnant, but carried away by the romance of it all and assured by the most imminent surgeons of the day that Stoney’s demise was imminent, barely had time to say yes before finding herself celebrating her nuptials alongside her miraculously recovered hero.

Thus began eight years of imprisonment, enslavement and torture for Mary. In her eventual suit for divorce through the ecclesiastical courts Mary accused her husband of “beating, scratching, biting, whipping, kicking, imprisoning, insulting, provoking, tormenting, mortifying, degrading, tyrannizing, cajoling, deceiving, lying, starving, forcing, compelling and wringing of the heart”. Neither this litany of abuse, nor his rampant adultery, was sufficient in the eyes of the law to allow Mary to escape her tormentor. So many illegitimate children did Stoney father that Moore doesn’t attempt to count them, and he routinely raped servants and consorted with prostitutes, all with the full knowledge and approbation of his peers. As Charles Dickens was to put it (depressingly, almost a century later); the law is an ass. The notorious Judge Buller had proclaimed that a husband could lawfully chastise his wife as long as he used a stick no thicker than his thumb, earning himself the nickname “Judge Thumb” – how Georgian gentlemen must have chortled over that bon mot.

When, Mary having finally escaped his clutches with the help of a small band of loyal servants, Stoney abducted her in broad daylight off a busy London street (truly the stuff of fiction), public opinion finally turned against him and he was brought to book for his sins. Whether the punishment fitted the crime I’ll leave up to the reader to decide. All I can say is this snapshot of 18th century society puts Darcy’s whinging about the inferiority of Elizabeth Bennett’s “connexions” (Pride & Prejudice) into perspective.

I have to warn that this is not a cosy read – I could feel suppressed fury seeping out from Moore’s pen throughout, matched by a steady stream of steam from my ears. But whenever I feel inclined to despair at present day society in the era of #MeToo I’ll return to this book and remind myself how far we’ve come, in this part of the world at least.